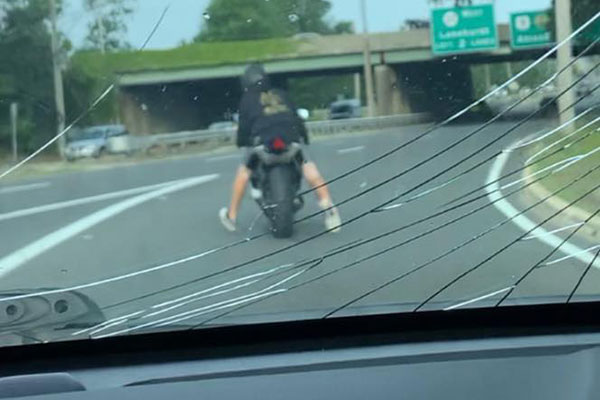 Motorcyclist shows his road rage by smashing another vehicle’s windshield

“A motorcyclist suddenly got off his sports bike on the Garden State Parkway during Thursday’s morning rush, whirled around and blasted the hood and windshield of another vehicle with his fists, causing significant damage in what appears to be a case of road rage, police in New Jersey said Friday.

According to Manchester cops, who say they are assisting Toms River police in their investigation, the suspect stopped abruptly in front of the victim’s vehicle near the Toms River exit ramp (exit 82A) around 8:15 a.m. and attacked it.

He then spun around, got back on his bike and rode off.

No injuries were reported to the victim, and the breadth of the damage to that person’s vehicle wasn’t immediately clear. It also wasn’t exactly clear what sparked the confrontation.”

Reading the comments on this article via the linked Facebook page, it’s clear there is a huge divide. On the one hand, you have people making assumptions that the car driver got what they deserved. Perhaps that driver cut off the motorcyclist or did some other unsafe manuever. However, it’s also not uncommon to see some motorcyclists weave in and out of traffic at warp speed without concern for proper lane changes. Whatever the reason, cooler heads need to prevail and causing intentional damage isn’t a solution.

If you windshield has been smashed in a road rage incident or accident call Advantage Auto Glass 612-343-8984 to schedule service. You may also visit our windshield repair page for additional details. 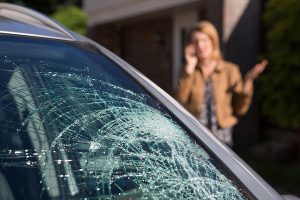 Automobile break-ins can put an unexpected strain on your wallet 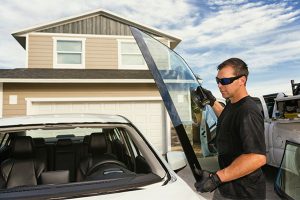 “Chris Eden, the Owner of Eden Auto Glass and Tint[...] 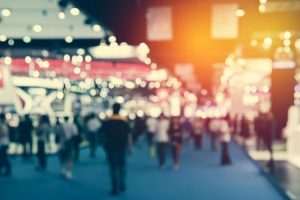 “DINOL, a supplier and manufacturer of bonding, coating and sealing[...]