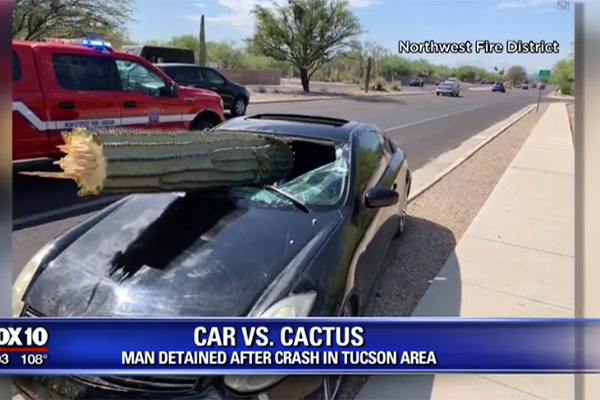 Man survives a cactus smashing through his windshield

“An Arizona driver is lucky to be alive after a giant saguaro cactus pierced his windshield. Police say that 39-year-old Kai Scott crossed over the median on the busy road and collided with giant cactus, which punctured the windshield of his car. Scott suffered only minor injuries in the crash.

A photo taken at the scene shows a broken section of the cactus lodged in the middle of his shattered windshield.

When authorities arrived at the scene of the accident, they determined that Scott was impaired at the time and he was taken into custody on suspicion of driving under the influence and for criminal damage.”

While Minnesotans don’t need to worry about any cacti in the area, the same scenario could be replicated by a metal pole or beam. It was estimated that this particular cactus weighs around 1,000 pounds. Had it made contact with the driver, the result most likely would’ve been fatal.

Nothing is more important than safety when it comes to driving. Accidents happen and in most cases through no fault of our own. Once the situation has been assessed and the victims tended to, the next questions generally pertain to the property damaged. In the case of severe windshield damage, a replacement is necessary. No matter what the cause, Advantage Auto Glass has you covered. Call us at 612-343-8984 for more information. 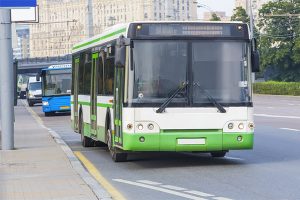 “An MTA bus driver in Brooklyn says she is shocked,[...] 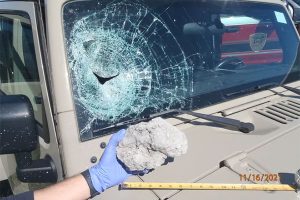 When windshield rock damage means much more than implied 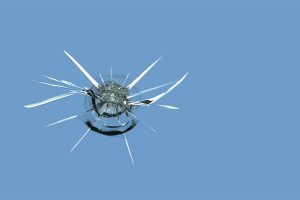 Don’t let that rock chip turn into a crack

“Duane Ware partners with Auto Craft. He says even repairmen[...]