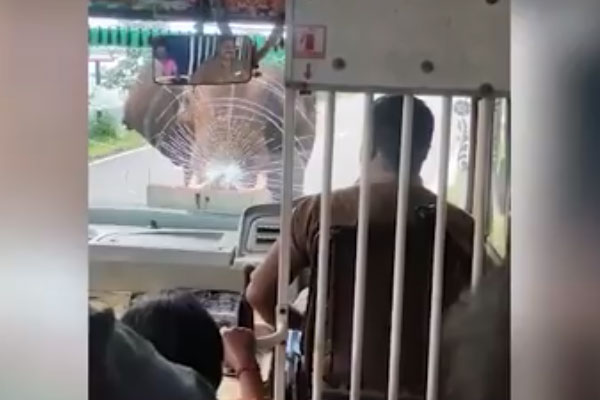 “Commuters in Nilgiris, Southern India, got a closer wildlife encounter than perhaps desired after an enraged elephant smashed their bus’ windshield with its tusks, as seen in this wild video.

The frightening attack reportedly occurred on Sept. 25 while a state-owned bus was ferrying government employees in Kotagiri, Jam Press reported. The driver had stopped to let a male tusker cross the road, whereupon Dumbo decided to attack the vehicle.

In the dramatic footage, shot by a passenger, the driver can be seen backing up the bus while the pissed-off pachyderm pursues it like a T. Rex in “Jurassic Park.” All of a sudden, the elephant rams both its tusks into the windshield, creating a massive spiderweb crack, which causes the passengers to cry out in shock.”

Thankfully we don’t have to worry about such incidents with elephants here in the U.S. Although, there are plenty of other animals which can crack or smash your windshield without warning. In most cases, this is due to the animal darting out in front of a moving vehicle. Rarely it is because of aggressive behavior.

While many of our auto glass work is done on personal vehicles like trucks and cars, we also service commercial and fleet vehicles. Call us at 612-343-8984 to schedule service or ask any questions regarding auto glass replacement. 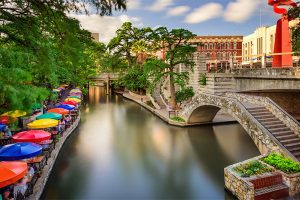 “After a busy day of education, speaking one-on-one with suppliers[...] 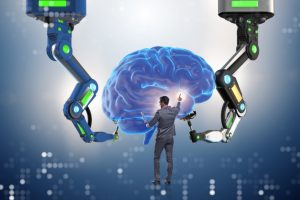 “Autoglass, a vehicle glass repair and replacement company based in[...] 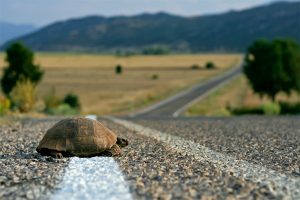 “A South Carolina man escaped uninjured after a turtle came[...]