“Kansas Highway Patrol troopers backed up Denver Broncos quarterback Drew Lock, after he encountered an issue on the road.

According to KHP, a car going the opposite direction on Interstate 70 lost a tire and it flew across the median in front of Luck’s car. Troopers said he was able to slow down and avoid the entire wheel. But a lug nut from the wheel struck Lock’s windshield right in front of his face causing glass to shatter all around him. His car had to be towed away after the incident.

The troopers said it was a good thing Lock was wearing his seatbelt and wished him well on his way through their state.”

Check out the full story and additional photos here.

To his credit, the professional quarterback kept his cool throughout the entire ordeal and appreciated the help from state troopers. Usually, he is used to evading would-be tacklers but in this case missing the oncoming tire could have been a life-saver. It was also fortunate that the lugnut did not completely penetrate the windshield as it would have likely resulted in serious injury if it struck Mr. Lock. 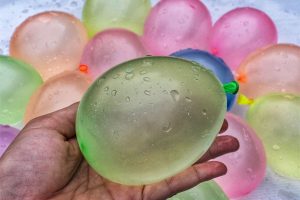 “The Tippecanoe County Sheriff’s Office is investigating after someone threw[...]

“Sekisui, for example, displayed its take on future transportation—a mini-van[...]

“AEGIS Tools International Inc. is set to head back to[...]